Final NFL stat leaders in every major category for 2020 season

In the most unusual of seasons, played amid the coronavirus pandemic, some semblance of normalcy could be found in the names that marked the top of the NFL’s statistical leaderboards.

But it wouldn’t be an NFL season if rising stars didn’t establish themselves. Those weren’t hard to find, as Buffalo Bills quarterback Josh Allen and Minnesota Vikings receiver Justin Jefferson can attest.

Here are the 2020 regular-season leaders in the major categories on offense and defense.

Reports of Rodgers’ demise after a down (for him) 2019 season were greatly exaggerated as he once again proved worthy of Most Valuable Player consideration. Rodgers’ 48 touchdown passes led the league and he became just the second player, along with Peyton Manning, to post multiple seasons of 45-plus touchdown tosses. Brady wasn’t too far behind as he reached 40, making him the fifth quarterback with at least 40 touchdown passes in multiple seasons. The young guns also made their presence felt as Mahomes (38 touchdown passes), Allen (37), Houston’s Deshaun Watson (33) and the Chargers’ Justin Herbert (31) combined to make the first season in league history with four quarterbacks younger than 26 to throw for at least 30 touchdowns in the same season.

With Mahomes resting in Week 17, Watson claimed his first passing yardage crown, establishing franchise records for yards and touchdown passes (33) in a season.

Allen’s monster season saw him finish fifth in yards and touchdown passes but he also added eight rushing scores, which made him the first player with at least 4,500 pass yards, 35 touchdown passes and five rushing touchdowns in a season in NFL history.

Rodgers set a career high in completion percentage for a season and broke the 70% mark for the first time during a full season as a starter in his career. In the process, Rodgers dethroned Brees in this category, a spot Brees has held each of the past three seasons. Watson also cracked 70% for the first time in his career, easily trumping his previous career best of 68.3%.

The King stays the King as Henry easily outran the competition by posting the best season of his career and one of the best seasons by a back in league history. Henry became the eighth player in NFL annals to reach 2,000 rushing yards in a season and became the first player since LaDainian Tomlinson in 2006-07 to lead the league in rushing in consecutive seasons. The Vikings’ Dalvin Cook might have been able to keep pace but he missed a pair of games, including the season finale against the Detroit Lions.

Unsurprisingly, Cook and Henry reached the end zone the most in 2020, making fantasy players who had them in the lineup happy on a near weekly basis.

Through conversations with former players, coaches and key figures, Peyton Manning gets to the heart of football history and its cultural impact. Watch on ESPN+

The Saints’ Alvin Kamara’s six-touchdown effort in Week 16 tied him with Cook for second, while the Patriots’ Cam Newton was the only non-running back to make the top five.

Diggs posted the sixth-most receptions in a season in NFL history, while Hopkins continued his consistent dominance by coming up with a career-high in receptions in his first season in Arizona. Perhaps most impressive, the five top pass-catchers in 2020 combined for just eight drops on 775 targets.

Adams finished with the third-most touchdowns by a wide receiver in a season in NFL history, coming in behind only Hall of Famers Randy Moss (23) and Jerry Rice (22). 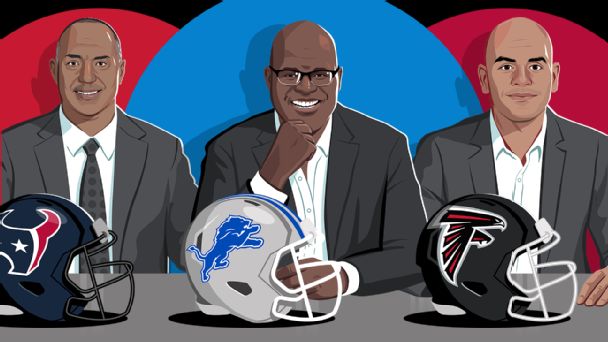 That output was easily the best of Adams’ career, but he wasn’t the only one in the top group to set a personal best: the Chiefs’ Tyreek Hill, Minnesota’s Adam Thielen, Tampa Bay’s Mike Evans, Kelce, Green Bay tight end Robert Tonyan and Tennessee’s A.J. Brown also set individual marks.

Perhaps the most impressive part of Henry’s monster season is just how much of his damage came after initial contact. According to ESPN Stats & Information, Henry had 836 rushing yards after contact in 2020, the second most of any player in the past 10 seasons. Henry’s output after contact alone would have landed him the top 20 in total rushing yards for the season.

Even after sitting out the finale, Steelers edge rusher T.J. Watt claimed his first sack title, allowing him to join his brother J.J. in landing atop these standings. Rams defensive tackle Aaron Donald continued to do what he does, posting his fourth straight season with at least 11 sacks and the fifth of his career. The most surprising name on the list is the Saints’ Trey Hendrickson, who had never had more than 4.5 sacks before this season.

Dolphins cornerback Xavien Howard became the first player with double-digit interceptions since Antonio Cromartie in 2007, tying Howard with Dick Westmoreland for a franchise record that had stood since 1967. 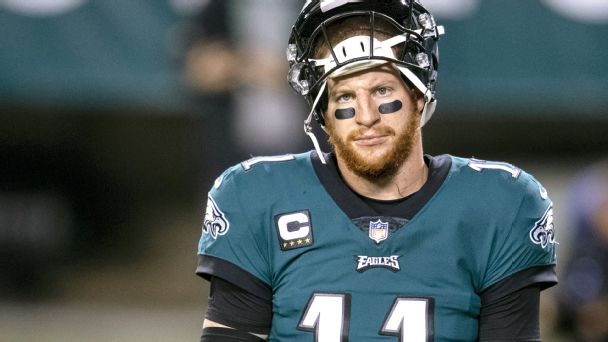 Patriots cornerback J.C. Jackson came up just short of Howard, but it tied him with Ty Law for the second most by a Patriot since the merger.

Ravens cornerback Marlon Humphrey got a big contract extension this season; he earned every bit of it as he became the first defensive back to lead the league in forced fumbles since 2012. In fact, Humphrey’s eight forced fumbles were the most by a defensive back since Charles Tillman had 10 for the Bears that season.

LAS VEGAS -- Dominick Cruz fought just once since 2016 before Saturday. He has just six fights in the past decade. But at UFC...
Read more
Sports

UConn's Paige Bueckers is the only freshman among the 15 women's college basketball players on the Wooden Award national ballot, which was released Saturday.South...
Read more
Sports

NBA All-Star Sunday is nearly here, and the schedule is jam-packed. Due to COVID-19, an entire weekend of festivities has been condensed into one...
Read more

Calvin Luo is missing the real thing. For fall 2021, his 10th collection, he was hoping to present an in-person show in Shanghai, but...
Read more

For Prime Minister Scott Morrison, that was the end of the matter. The alleged victim didn't file a police statement before she died,...
Read more

LAS VEGAS -- Dominick Cruz fought just once since 2016 before Saturday. He has just six fights in the past decade. But at UFC...
Read more

‘Coming 2 America’ review: Eddie Murphy and company are back, riding a fun wave of nostalgia

The first movie came at the height of Eddie Murphy's rise to box-office stardom, after a string of hits in the 1980s. The new...
Read more
Load more